I was getting indications that Skype is becoming increasingly unreliable. I’d hear complaints about it from my colleagues. And I noticed irritating changes for example it’s somehow harder to notice incoming pings / messages (and yes I have been through all the settings thanks). There’s a growing consensus that since being acquired by Microsoft in 2011 and “improved”, there have been increasing technical problems.

But the thing is, once you’ve adopted a productivity tool like skype and are using it fairly often, “inertia’ plays a powerful role..

Like me, while you may feel it’s not fully reliable, you just go ahead and use it for that call or IM chat you need to make here and now… You’re unlikely to drop everything and spend even a few minutes looking for a better option. Plus all your contacts use it… so you just get on with it.

Well that was my attitude till this morning when I suddenly got a message from a guy I was talking about doing business with. He’d gone quiet and I assumed he wasn’t as interested as he’d sounded.

The message was exactly 2 weeks old. Here’s what it said

[09/02/2013 15:45:04] My Contact: Hi Ed! I haven’t been in touch for a while…hope things going sweetly for you – think your Dooster coverage is growing by the minute…well done. Ed I’m sorry I didn’t get back to you but my brother-in-law died on Tuesday…like a big storm approaching I have known it was coming but it doesn’t make it any easier so I’ve had no time to do much else…haven’t forgotten [about our discussions] Let me know if you’re still interested – I still am… All the best

and here’s my reply

I told my partner, who was in the room after I sent this. She isn’t usually interested in interweb things. But her reaction about this was quite strong… along the lines of: “Wow that is terrible. That poor guy will think you didn’t care enough even to say something. That’s going to affect his feelings about working together”.

I agree. And while I’m sure he’ll understand, there’s a real possibility that he has moved on. He is very much in demand. He had a window. It’s probably now closed. 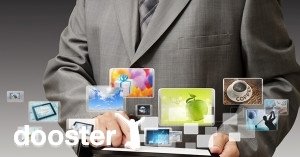 Gmail is the top-rated email service provider around, with some 12.5 … END_OF_DOCUMENT_TOKEN_TO_BE_REPLACED

Experienced project managers are in highdemand. Getting certified may earn … END_OF_DOCUMENT_TOKEN_TO_BE_REPLACED