America has fallen to the fourth place in global competitiveness. Companies like: China, Switzerland and Hong Kong all are above and have one thing in common that the US is missing which is automation. The usage of robots in their economies has boosted their growth competitiveness and the companies who have embraced this has vastly grown. For example amazon hired up to 42% more people since last year. Many people think that humans would lose jobs to robots but this is just not true.

“While some people fear robots will replace human workers, there’s overwhelming evidence robotics and other emerging technologies will actually make the US economy stronger, providing us the resources we need to address dislocation or other social issues we face.” 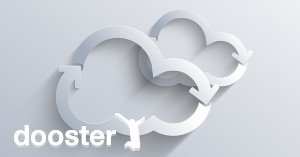 The business savvy know that technology is their friend. But it has so many … END_OF_DOCUMENT_TOKEN_TO_BE_REPLACED

Organizations that provide their workers with outdated technology may be … END_OF_DOCUMENT_TOKEN_TO_BE_REPLACED