Factory jobs in India are typically low paying and low skill positions. Large companies relied on the low skill level to keep costs down, the entire purpose in a mass market industry. However, a study has shown that training workers to develop skills resulted in a huge return on the investment. While costs for the training are high, they are easily offset by the return. Workers in the program produced more and in general became more valuable employees. Adding support for future training in other companies is the fact that costs for training peak but the productivity of better trained workers continued to grow resulting in a significant return on investment.

“Our study confirms that a firm’s investments in its workers can improve worker welfare while contributing measurably to the bottom line.”

Whether your goal is to read more, lose weight, save money, or something … END_OF_DOCUMENT_TOKEN_TO_BE_REPLACED

An online digital business has many benefits but also has some drawbacks. … END_OF_DOCUMENT_TOKEN_TO_BE_REPLACED 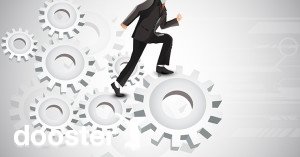 We've all been there: lots of stuff to do, but finding ourselves … END_OF_DOCUMENT_TOKEN_TO_BE_REPLACED